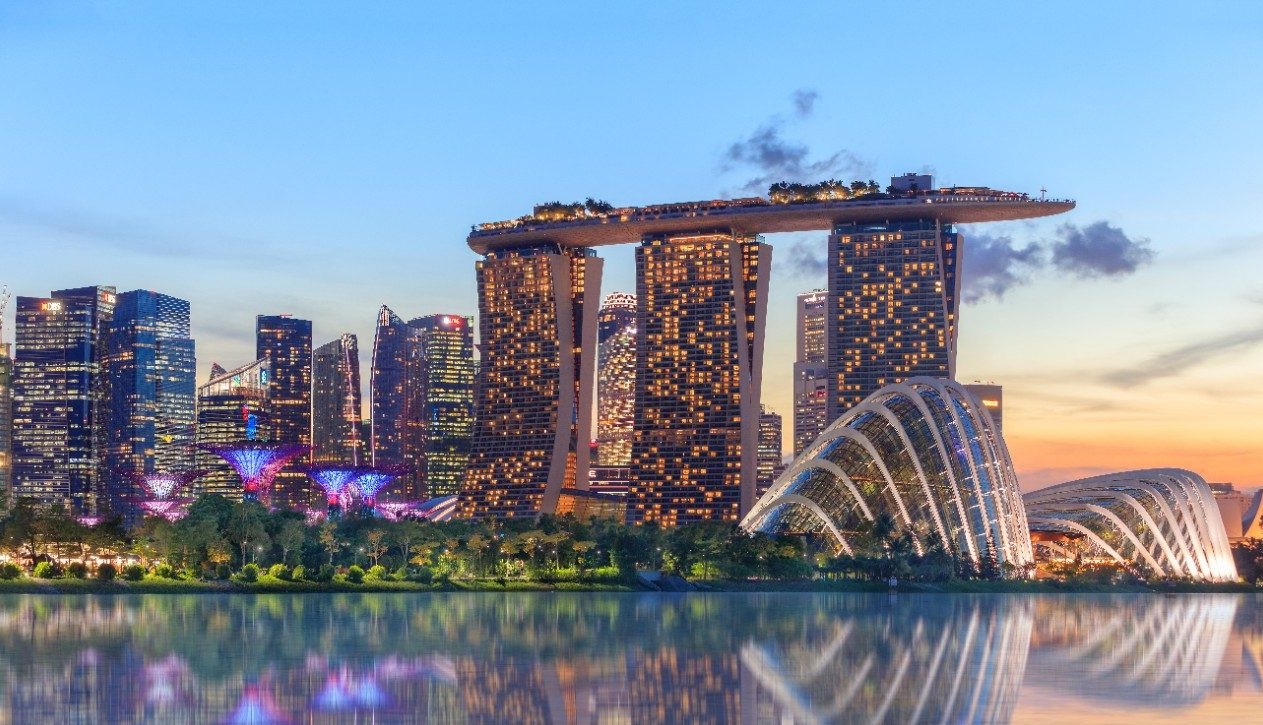 Singapore consists of the island of Singapore plus an additional 63 islets. The main island is approximately 42kms from west to east, and 23km from north to south. As Singapore is located near the equator it is generally hot & humid all year round with the temperature almost never dropping below 20 degrees. During the day temperatures are usually between 25 – 32 degrees. The wettest months are November to January and the driest months are May to July.

Singapore is a modern cosmopolitan country. After centuries of immigration, Singapore has three main ethnic groups, Chinese, Malay and Indian. Each group fosters a variety of language, religious and cultural attributes which results in the multicultural face of modern Singapore. These influences have crossed the boundaries of ethnicity with most Singaporeans enjoying the food and religious celebrations of each of the three main ethic group.

Located just north of the equator, Singapore has a tropical climate and stays hot and humid throughout the year.  Be sure to pack lightweight cottons and linens to avoid becoming overheated in the muggy Singapore climate. Also remember to carry an umbrella any time of year, but particularly during the rainy season.

Hours: The MRT operates from 5:30 a.m. to midnight, but operating hours are usually extended during holidays and other special seasons. The MRT’s train frequency varies, generally arriving in 2-3 minute intervals during peak hours from 7 a.m. to 9 a.m., to intervals of 5-7 minutes during the rest of the day.

Fares: Prices are based on the distance covered, ranging from .83 to 1.25 Singapore dollars (around 60 to 90 cents). Use the Singapore Land Transport Authority Fare Calculator to estimate fares between stops.

Ticketing: Both train and bus fares use a stored-value, contactless smart card called the EZ-Link Pass. To enter and exit the paid area, tap the card on the gantry; a screen will show the EZ-Link Pass’s remaining value.

Where to Get Passes: You can buy EZ-Link Passes at MRT Stations, bus terminals, and 7-Eleven stores. Single-journey passes are also available. Read our article about Singapore’s EZ-Link Pass for more details on Singapore’s contactless transit cards.

Here are a few taxi phone numbers worth remembering, to use when you’re in Singapore:

Travel during peak periods: A peak period taxi surcharge of 25 percent of your metered fare applies if you’re riding a taxi from 6 a.m. to 9:30 a.m on weekdays (excluding Singapore public holidays), and 6 p.m. to 12 a.m.;

Travel after midnight: A midnight surcharge of 50 percent of your metered fare applies for taxi travel from 12 a.m. to 6 a.m.

Travel through certain areas: Congestion penalties called ERP charges apply if you pass under an ERP gantry in your taxi. Rates vary depending on the location. Payment using a credit card: For credit card payments, taxis add an extra 10 percent administrative fee

Changi Airport's location in Singapore's northeast allows guests to arrive in the city center within 40 minutes of disembarking from their flight. From Changi Airport, travelers can travel to the rest of Singapore through one of the following transport options:

Bus: bus terminals at the basements of T1, T2, and T3 provide direct access to Singapore. Your best bet is Bus #36, which loops from the airport to the Marina Bay district, Orchard Road, and back. The buses accept exact change, but it's far more convenient to use an EZ-Link card from the MRT terminal at T2 if you're looking to travel further around Singapore in the days ahead.

MRT: The MRT terminal in the basement of T2 provides direct train access to the rest of Singapore. Visit the official SMRT page to find out more about Singapore's MRT network, or download the SMRTConnect smartphone app on Apple iTunes or for Android.

Taxi: taxi stands can be reached immediately outside Changi's arrival terminals. Fares are metered, with additional surcharges added for airport access and traveling late at night. Read about taxis in Changi Airport.

Car rental: Hertz and Avis operate efficient car rentals for travelers wishing to drive their own rides throughout the island. Read about car rentals in Changi Airport. 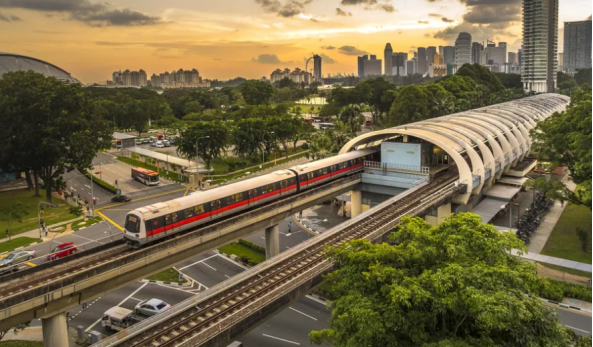 The Singapore dollar (SGD, known on the street as the "sing-dollar") is Singapore's official unit of currency. Paper notes are denominated in $2, $5, $10, and $50 (less commonly seen are $100, $500, $1,000 and $10,000 bills). Coins come in 5 cents, 10 cents, 20 cents, 50 cents and $1 denominations.  Money can be changed in banks and authorized moneychangers everywhere in the city-state. Automated Teller Machines (ATMs) are located all over the city-state - every bank, MRT station, or shopping center has its own.

Credit Cards Major credit cards are accepted islandwide. Surcharges on credit card purchases are not permitted, and any shops that attempt to impose one should be reported to credit card company involved.

Major credit cards are accepted islandwide. Surcharges on credit card purchases are not permitted, and any shops that attempt to impose one should be reported to credit card company involved.

For Singapore, there are three associated plug types C, G, and M. Plug type C is the plug which has two round pins, plug type G has three rectangular pins in a triangular pattern and type M is the plug that has three round pins. Singapore operates on a 230V supply voltage and 50Hz.